The families that are detailed below all resided in Frances Road during the early part of the 20th Century...  Some were there from the 'off' at the 1901 Census and the majority still have relatives in one form or another that continue to live in and around Frances Road.  Please note, that none of the persons mentioned are still living. 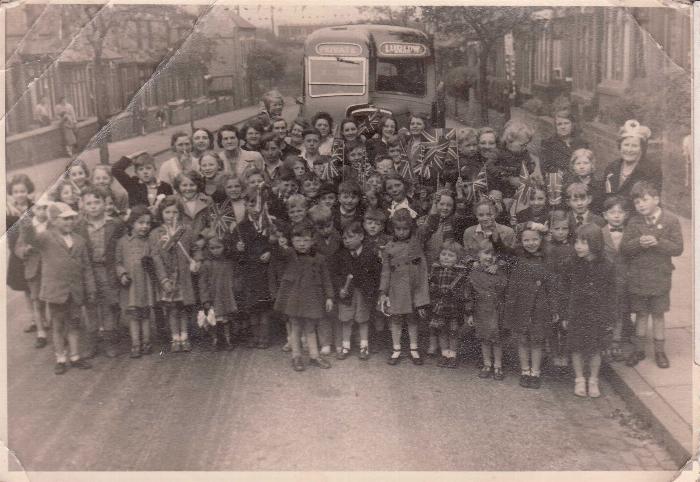 This page is a homage to the memory of such characters as Aggie Snipe who as an old lady would sit on a dining chair outside her home with a huge smile and a big Brummie greeting to all that passed by; to Phoebe Salisbury who would shuffle up and down the road in her slippers with son Billy in tow as she delivered the 'pink' - the Sports Argus late on a Saturday afternoon; to Martha Gregory who would get us kids to pop up the outdoor for her bottle of Stout, well hidden inside a deep shopping bag; to Saturday's spent at Granny Hickey's'; to 'Mrs Robb' - Cis Roberts who ran the 'Top Shop' for many years; to the genteel Miss Hobley who taught piano and ('twas said by all who knew her) hung her carpets on the wall instead of on the floor; to that very lovely couple Mr & Mrs Beetlestone who were married for over 60 years and died within a few months of each other; to Nellie Stokes who loved a good sing-song up the Ex-Servicemen's Club; to Mary Ross who was as wide as she was tall and could often be found at the 'Bottom Shop' sharing a bawdy joke with Molly Hickey and Pat Smith; to Cyril Harris who loved his garden; to another gentle couple Mr & Mrs Badger; to my wonderful neighbour Trixie Derrington who had a heart of gold and always made sure that me and mine never went without; to the Mrs' Hunt, Patrick, Pettigrew and Brown whose windows we always tended to hit with the ball; to another gentle soul -  Mrs Howes who I would often see standing at her wall and watching the world go by;  and to 'Our Roey' - my Nan who always (without fail except for mass on a Sunday) had a fag in her mouth, a twinkle in her eye, love in her heart...  and a worried look on her face!..

2. Charles Arthur SNIPE. Born circa 1874 in Kings Norton, Worcs.  At the 1881 Census, Charles was living at The Village, Kings Norton; By 1891, he was living at Rose Villas (off what is now the Pershore Road), Stirchley and was working at the Paper Works.  By 1901, Charles and wife Margaret were living at 62 Holly Road, Cotteridge.  His occupation is given as Metal Caster.

Agnes married Leslie SNIPE
At the 1966 Electoral Roll, Agnes was living with her husband Les at 64 Frances Road.

2. John HOWES. Born in 1859 in Web Heath, Redditch, Worcester.  At the 1881 Census he is a Bricklayer residing at Court 5, 1 Upper Highgate Street, Deritend.  At the 1891 Census, John, still a Bricklayer is at 9 Court, 1 Darwin Street, Deritend.  By the 1901 Census, John and family are living at 31 Midland Road, Cotteridge and continues to lay bricks.  On the 1921 Electoral Roll, John and wife Eliza are living at 68 Frances Road, Cotteridge.

2. James FISHER. Born in 1863 in Droitwich, Worcester.  At the 1881 Census, James was working as a Pan Smith's Labourer and living at Vines Lane, Dodderhill in Liberties, Droitwich.  By 1891 he was a General Labourer residing at 3 House, 11 Court, Devon Street, Duddeston and by the 1901 Census, James was a Locomotive Engineer? (Fuse or Tube) Worker in M.R.C and living at 87 Frances Road, Cotteridge.

4. George FISHER. Born in 1827 in Droitwich, Worcs.  At the 1881 Census, George was a Saltmaker living at Dodderhill in Liberties, Worcs.

1v. Agnes Maria RICHARDSON. Born in 1893 in Worcester City.  At the 1901 Census, Agnes was living with her family at 26 Frances Road, Cotteridge.  Agnes died in 1934 in Birmingham; she was 41.
Agnes married John Patrick HICKEY in 1924 at Birmingham Sth.

1iv.  Florence May RICHARDSON.  Born circa 1889 in Worcester.
Florence married William DOCKER in 1915 at Kings Norton.  They are together on the 1921 Electoral Roll at 54 Frances Road.  At the 1901 Census, Florence is living with her family at 26 Frances Road, Cotteridge.

2. John RICHARDSON. Born circa 1852 in Hanbury, Worcestershire.   At the 1901 Census, John was a General Labourer (Builder) living at 26 Frances Road; he was still at this address at the 1921 Electoral Roll.

1.i  Leonard George BADGER. Born on Mar 08 1911 in Kings Norton [reg]. Leonard died on Aug 1993 in Birmingham; he was 82.
Len married  Amy Ellen Miller, daughter of  Ellen Elizabeth Richardson and Charles Miller.  On the 1966 Electoral Roll, Leonard and Amy were recorded at 72 Frances Road.

Robert married Nellie Styles;  on the 1966 Electoral Roll, they are recorded as living at 18 Frances Road.

2. Robert STOKES. Born in 1883 in Stirchley, Worcs.  At the 1901 Census, Robert was a Chocolate Moulder living at 84 Charlotte Road, Stirchley. 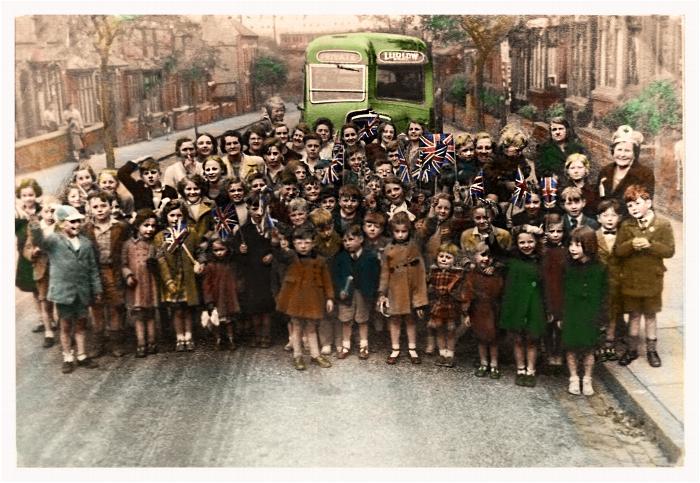