Rose Hickey was my paternal grandmother... 'Our Roey' as I would cheekily call her.  My Nan.  Unusually for someone of my Nan's generation, she was born within the same room  in which she died some 65 years later at No.52 Frances Road in Cotteridge, Birmingham...  but then she never did see the need to stray far.

After the war, my Nan worked for many years at TASCOS - the Ten Acres and Stirchley Co-operative Society - the Grocer's on the Pershore Road in Stirchley.  She had a great allegiance to the Co-op and up until her death, she did her weekly shopping at the 'new' Stirchley Co-op; she also continued to have many items delivered from the Woodlands Park Co-op  via an ex-workmate from her Stirchley days named Gordon.

By the early 1960s my Nan was working at GKN - Guest Keen and Nettlefolds (also on the Pershore Road in Stirchley) where she was a Wages Clerk.  My Nan loved the banter of the Toolroom and worked here until her retirement in December 1977.  The period after her retirement was a very difficult one for Nan as she'd only lost my Grandad in the November. 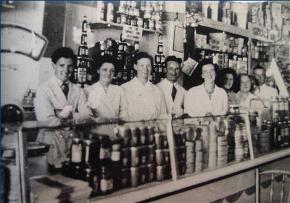 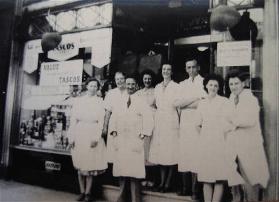 Here, Rose  (behind the larger lady) is shaking hands with the Prime Minister Clement Attlee; my Grandad Len is hidden behind her.  My Nan followed my Grandad's lead and became the Treasurer of the Kings Norton Ward Labour Party serving for many years until her death in 1983.  I used to spend many an evening traipsing the local streets with them, canvassing.

Rose's parents were Laurence Hickey and Sophia Lavinia Turland.  They married in Birmingham, in 1896 and started their married life in a back-to-back in Birmingham's famous Jewellery Quarter where their first three sons were born.  By 1901, the family had moved from the slums of the city to no.6 Gumbley Terrace which was a court of houses in The Dingles, an area now long gone which was situated near the canal wharf off the Bristol Road in Selly Oak. 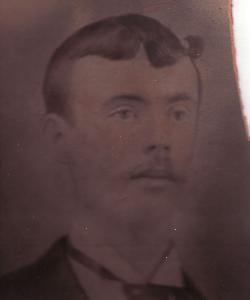 The Hickey's then moved into number 52 Frances Road, Cotteridge around the year 1906 when the house was just a few years old.  Number 52 was a 3 bedroomed terrace with it's own private outside w.c. and back garden - a great step up from their previous addresses.

Laurence's parents were Patrick Hickey and Catherine Cannon.  Patrick came over to England from Cork at some point before 1855 when he married Catherine.  His date of birth is unknown... it varies from census to census but was probably between 1829 and 1835.  Patrick married Catherine on 28 October 1855 at St Martin's Church in the centre of Birmingham.  His father's name on the marriage certificate is given as 'Michael Hickey, Farmer'.  Family lore has it that Patrick fled Ireland leaving lots of land behind that couldn't be claimed as the tenants would shoot the landlord!  The truth is more likely to be that Patrick, like thousands of other Irish fled their homeland because of the Potato Famine.  Had Patrick have been wealthier, he would probably have obtained passage to America or Canada.  As it was, he ended up in Birmingham marrying the daughter of a fellow Irishman.

Patrick and Catherine Hickey gave 'Park Street' as their address at the time of their marriage.  Park Street was one of the roughest streets in the slum centre of the town, home to many Irish immigrant families, and to the Murphy Riots of the late 1860s.  It is of course possible that Patrick and Catherine did not live on Park Street, but gave that address in order to be married at St Martin's.  Whatever the case, by 1861, Patrick and his young family were living in a back-to-back court on Henrietta Street near to the Jewellery Quarter.  Henrietta Street,  just off Livery Street was also home to the immigrant Irish.  At the 1871 census Patrick and Catherine were living in Kenion Street in the Jewellery Quarter.  It was here that twins Laurence and Lucy Hickey were born in 1872.  Lucy did not survive to adulthood; she died in 1877 - her death certificate states that her premature death was 'bronchius' related; again, family lore recalls that Lucy died as the result of a fire.  The 1881 census was the last census that Patrick appeared on, the family were by this time living on Summer Hill Street... still in a back-to-back with lodgers.  At 1891, Catherine, now widowed was living with her family on Pope Street in yet another back-to-back.  By 1901, Catherine for reasons unknown used her maiden name of 'Cannon' at this census not only for herself but for her daughter and two of her grandchildren... perhaps she needed a certain amount of anonymity!  At this census Catherine was living in a back house on Hockley Street... she never escaped the slums of Birmingham, dying a few years later at Ford Street, the home of one of her married daughters. 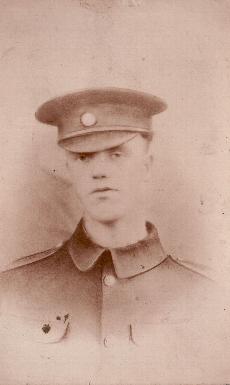 The photo above is of a young Laurence Hickey; it has been copied from a large portrait photgraph that hung on the wall of the living room at number 52 Frances Road for the best part of a century.

The Soldier on the left is Private William Laurence Hickey - 'Bill' who was born on 25 September 1898 in Birmingham and died on 31 August 1918 in France. 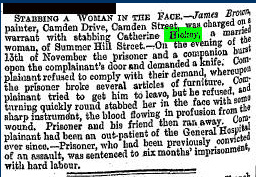 This Birmingham Police Court article appeared in the Birmingham Daily Post on  Thursday 28 December 1882 and describes how 'James Brown, A Painter from Camden Drive was charged with stabbing Catherine  Hickey, a married woman of Summer Hill St...  in the face on the 13 November'.  Brown got 6 months imprisonment with Hard Labour! 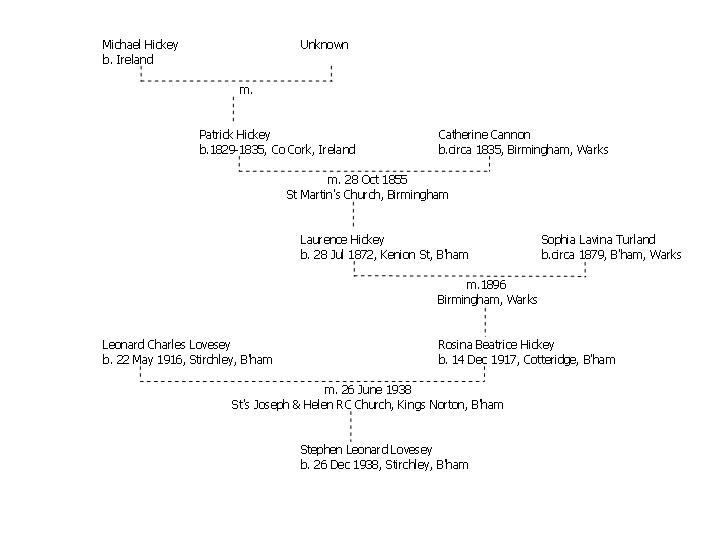 In 1827/28 Thomas Cannon was arrested in Birmingham and charged at the Warwickshire Assizes Quarter Sessions with the offence of 'Bastardy'... Catharine Allen being the victim.  Charges were subsequently dropped (one assumes this was after he promised to take responsibility for his actions!)

o 1855 – Patrick Hickey (Labourer) and Catherine Cannon (Spinster) married on 28 October at St Martin’s, B’ham. Both resided at Park Street, B’ham at the time of their marriage.  Witnesses were Catherine Ryan and Edward Dowd (neighbour at 1861)


o 1901 Census – Catharine Hickey used her maiden name Cannon at this census (trying to keep a low profile?), she and some of her family (including grandchildren) were at 4 House, back of 162 Hockley Street, St George’s, B’ham

o 1911 – Census - Annie Guest (nee Hickey, sister of Laurence) and husband Thomas (Hawker Fruit and Fish), married for 12yrs were living with their 6 children at Hadley Street, Back26 No.5 Key Hill Place, All Saints, Birmingham

o 1827-28 at Birmingham (Warwick Assizes) 'Prisoners in the House of Correction' ...   Committed 7th January, 1828, Thomas Cannon was Committed by Charles Cope Esq. - Charged on the oath of Catherine Allen, with having gotten her with child, likely to be born a bastard, and to be chargeable to the parish of Birmingham, and for want of sureties, etc - Ordered by the Court at the last Sessions to be continued in custody until the next Sessions, unless he should sooner find sureties for his appearance etc.   The case was discharged, possibly upon his agreement to a subsequent marriage to Catharine.  It is not known what happened to the 'child' in question; he or she might have died in infancy or have been still-born.

o 1850 – Catharine Cannon (nee Allen) died on 12 Feb 1850 of diarrhoea, 3 weeks certified at Stanyard's Buildings, Key Hill, she was buried in Key Hill Cemetery in the Jewellery Quarter.  The informant was Thomas Cannon

o 1921 - 28 October, Mary Ann Cannon died at St Joseph's Home (Little Sisters of the Poor) in Harborne, Birmingham after being admitted there on 20 May 1916.