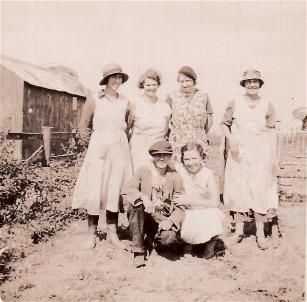 This is the only known photograph of my Great Grandmother Alice Hayton.  It was taken in a field, somewhere in Yorkshire in the late 1920s when she and the others present were potato picking... Alice hated having her photograph taken!

Alice is on the right of the photograph 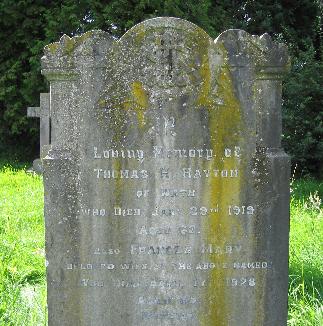 This is the Grave of Thomas Henry Hayton and wife Frances Mary Hayton (nee Bowes).  They are buried in the Churchyard of St Mary in Wath.  The Headstone inscription reads